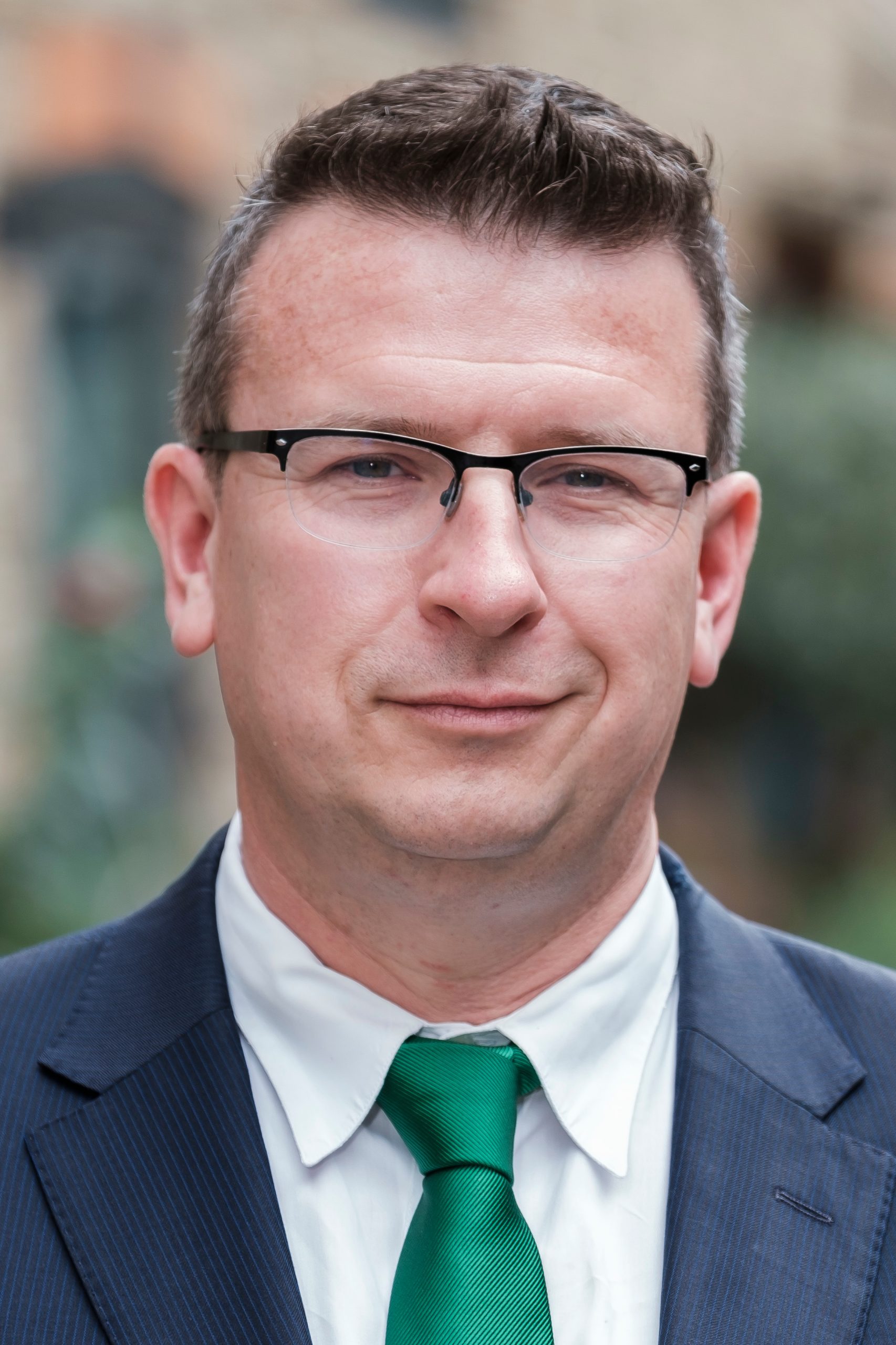 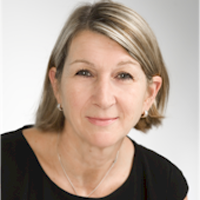 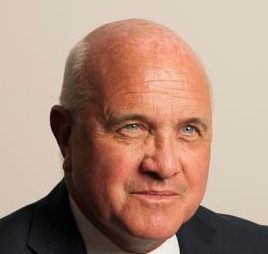 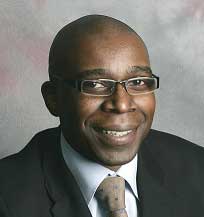 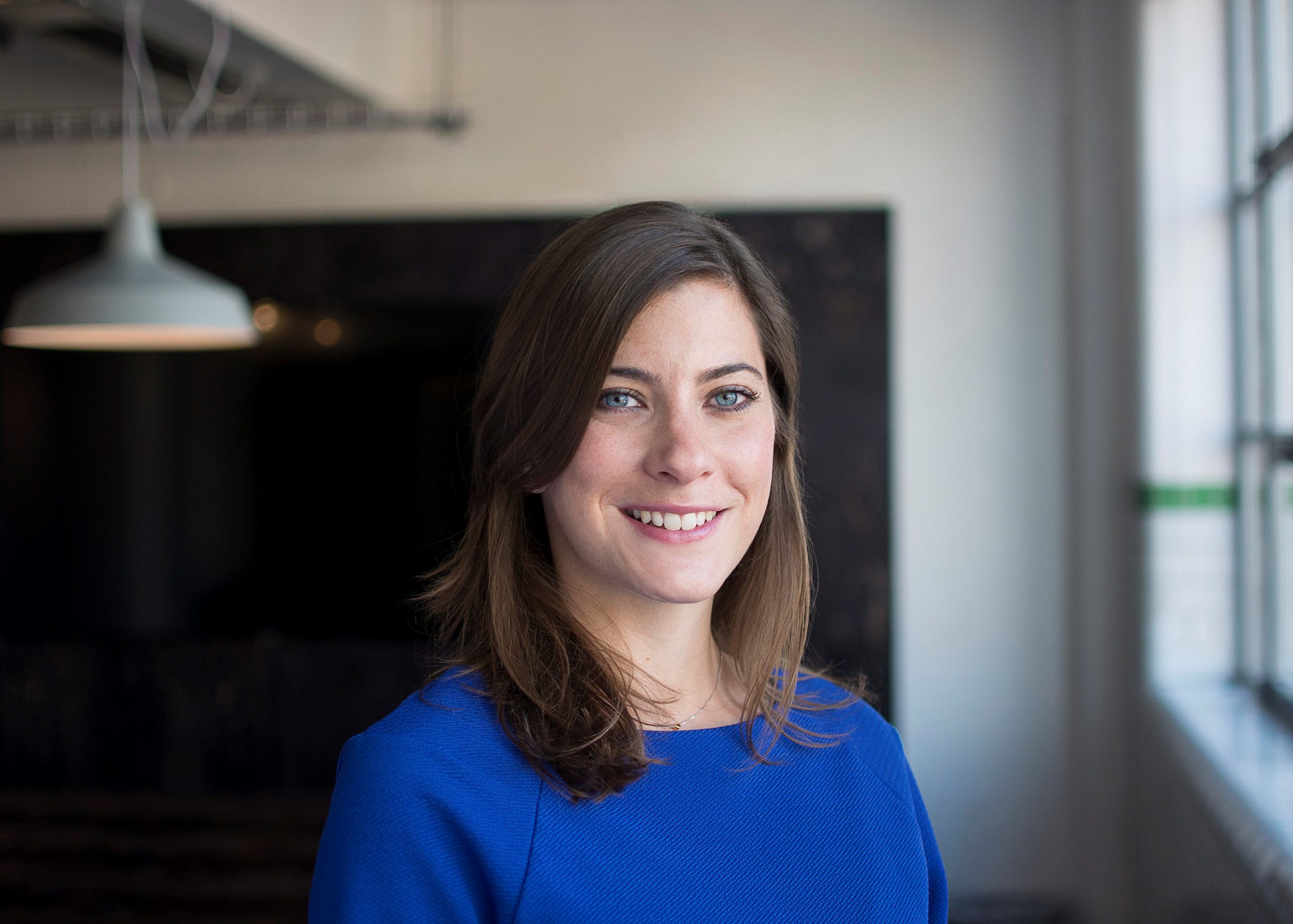 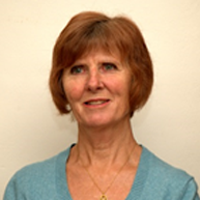 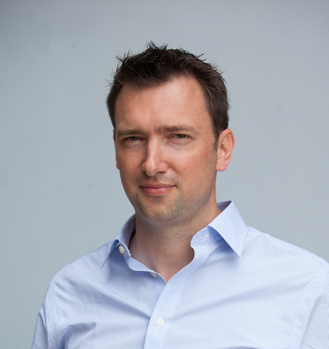 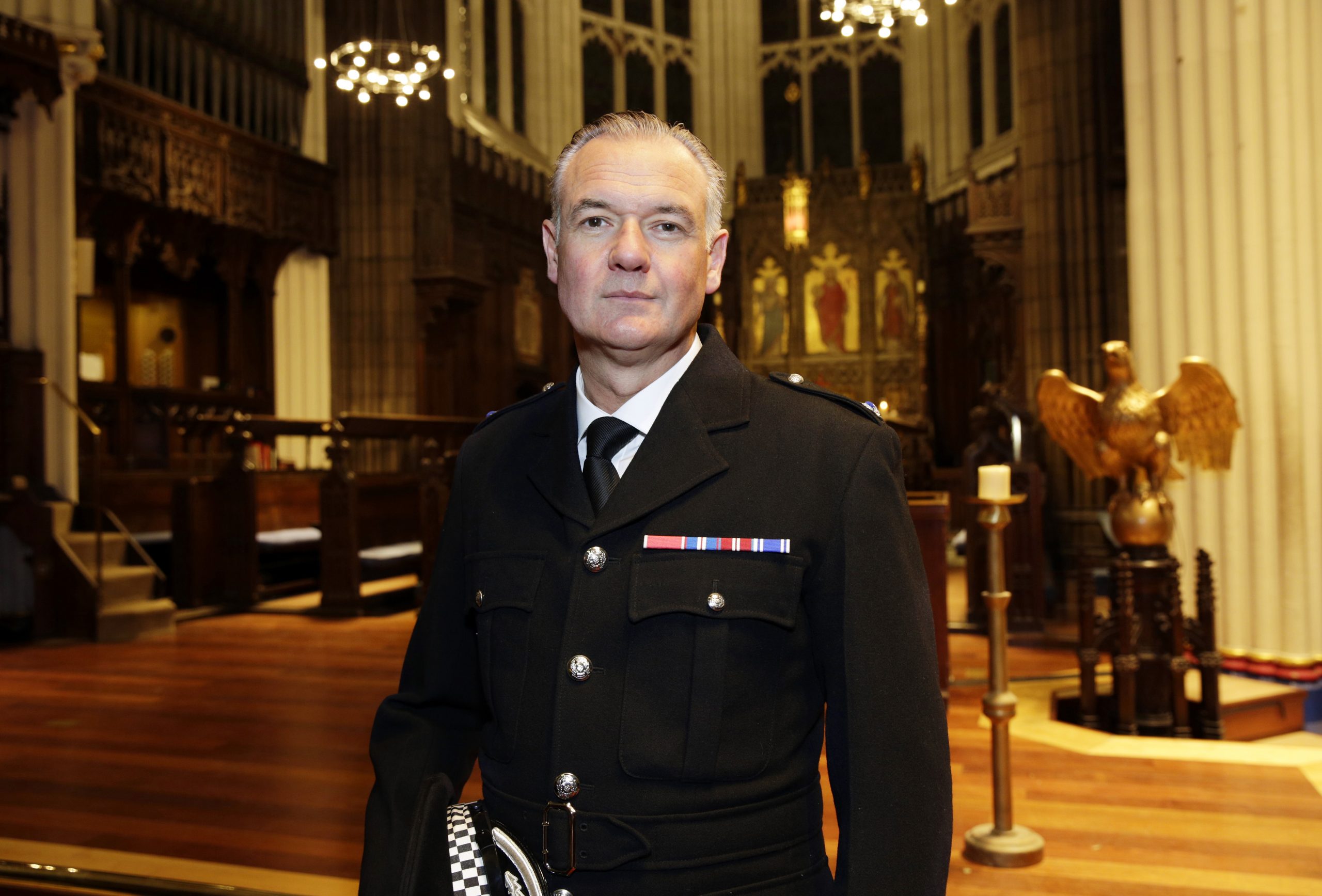 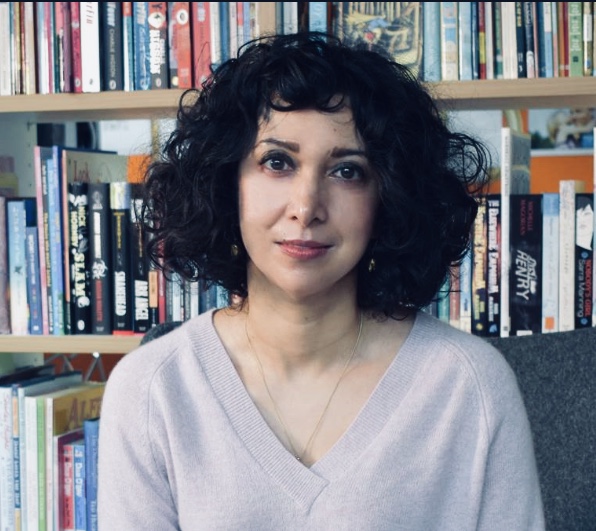 Chair
Justin is a reputation specialist with more than 20 years’ experience in policy development, communications and campaign management. In 2002, he founded 8hwe, an agency specialising in campaigns, crisis communications and behaviour change. Prior to this he served in the Cabinet Office and worked in political and corporate communications. Justin has degrees from Lady Margaret Hall, University of Oxford and Imperial College Management School.

Vice Chair
Jane is responsible for all People Services across Surrey and Sussex Police – this includes HR, Shared Business Services, Learning & Development and Occupational Health. Jane is also SRO for the implementation of a new ERP system across Surrey, Sussex and Thames Valley Police. Jane started her career as an internal consultant at the Metropolitan Police before transferring to Surrey Police as Director of Corporate Development. Whilst at Surrey, in addition to her portfolio responsibilities, she helped plan the boundary change between the Met and Surrey Police and led the reassurance policing programme. Following the completion of the Strategic Command Course, she became Director of Corporate Development at Centrex, the organization responsible for police training, before moving to the Museums, Archives and Libraries. Two years later she became the Deputy Chief Executive for the Metropolitan Police Authority and led the change programme to establish the Mayor’s Office for Policing and Crime. Later the same year she set up her own independent consultancy, providing executive support for Chief Officer teams and Police & Crime Commissioners, and consultancy advice on strategy, change management and support services. Jane has a BSc, MSc and MBA. She enjoys watching rugby, skiing and trying to keep fit and has completed three London Marathons and two triathlons.

Treasurer
Paul Boughton, a chartered accountant, has worked on international acquisitions and business development for more than 30 years. Currently, he is Non-Executive Chairman of Quartix, a vehicle tracking and driver analytics business, and Business Development Director of Aventics, a German industrial pneumatics manufacturer. He served as Corporate Development Director of industrial companies including IMI, Spectris, Consort Medical and Brammer. Paul has also been a Non-Executive Director of other technology companies. Paul is also a Trustee and Treasurer of Shooting Star Chase, the children's hospice charity. Paul lives in Esher and is married with two adult children. He is a keen squash player, rugby supporter and sailor, being a member of Harlequins Rugby and Sandown Sports Clubs.

Trustee
Caryl's early working background was in urban regeneration where he acted as an adviser to the Upper Lea Valley Partnership Executive Board on a selection of projects from the voluntary and community sector, with a particular focus on skills acquisition, professional development and lifelong learning. He later went on to head up the Progress Trust (Manchester).
More recently he served on the Cabinet Office non-departmental public bodies Futurebuilders and Capacitybuilders as a non-executive board director. Caryl is a strong advocate of the principles of social justice and was instrumental in the establishment and also chaired Voice4Change England.
He is currently Executive Director of the Social Business Company, which as a social enterprise develops the capacity of local communities, particularly young people, to establish community businesses that provide the answers to social and economic deficits still prevalent in many of the areas that they live in.

Trustee
Rachel was appointed as a Trustee in October 2017 and brings corporate experience from the likes of Barclays and Sainsbury’s, where she has worked for the last 10 years. Her experience is predominantly in brand strategy, brand development, strategic marketing planning and communications and customer data, and she currently heads up the Marketing Planning, Propositions and Properties department at Sainsbury’s, sitting on the Marketing Leadership Team. She has also played a key role in designing, implementing and running best-practice corporate governance and operating frameworks, and is passionate about getting the best out of people by creating an environment where they can maximise their contribution and love what they do. Rachel holds an Executive MBA at Imperial College in addition to an MPhil in Linguistics from Cambridge University and a First Class Joint Honours degree in French and German with Dutch, from Nottingham University. She is also a reluctant runner, keen skier and pub quizzer and wannabe yogi and a very proud auntie and godmother.

Trustee
Sarah became involved with Missing People in 2009 as a volunteer Family Representative; she has also been a member of the Trustee Development Board and the Counselling Project Group and has spoken at various conferences and events on behalf of the charity. As the mother of Quentin Godwin, who went missing in New Zealand in 1992, she has direct experience of ‘missing’; her own family experiences plus meeting and working with other families, has led to a deep understanding of the issues and complexity of the missing scenario. Missing People has achieved so much in the last few years, but there is a desperate need for the services presently offered to be developed and extended still further  – this is the vision that excites and motivates Sarah to work within the charity. Sarah is also proud to be a member of the Missing People Choir since it started in 2014. Our appearances on Britain's Got Talent in 2017 gained a huge audience for the charity and for many issues around 'missing'. The choir will continue to reach out with music and promote Missing People at every opportunity. In her professional life, Sarah has been a fundraising consultant and worked in the charity sector for 14 years. In New Zealand, she taught English as a second language and was a full time mother to 4 children for many years. She now lives in a Surrey village with her partner, has several grandchildren, dog and garden to keep her well occupied.

Trustee
Sam became a Trustee in 2017. He is the Founder and Expert Consultant at Obvious Marketing and specialises in working with boards, business owners and senior teams to create practical marketing growth strategies for ambitious growth businesses and organisations around the world. He has served clients in over 50 countries across 5 continents. Sam is also the Founder of the personal branding consultancy, Obvious Candidate and the Co-Founder of ProBLife, a biotech startup pioneering probiotic solutions. He has previously held branding and commercial positions at The Healthy Marketing Team, Design Bridge, Procter & Gamble, Kraft Foods and Walgreens Boots Alliance. He has a BA in Financial & Business Economics from Newcastle University Business School and a Masters in Entrepreneurship from Durham University Business School. In 2015 he qualified in Marketing Strategy from the Johnson Graduate School of Management at Cornell University in the USA. In 2017, Sam completed the Liverpool to London cycle challenge and the London-Surrey100 for Missing People.

Trustee
Andy is a retired senior officer from Police Scotland whose life experience has made him immensely passionate about all things missing. As a career detective, he held many strategic policing positions including covert policing, violence prevention, advisor to the Scottish Government and served time with the National Crime Faculty where he had a national remit for suspicious missing persons and no body murders. He was also responsible for strategically shaping and driving Scotland’s policing and partnership response to missing, where he became involved with the charity.  He has an MBA and enjoys hill walking, mountain cycling and walking his dogs.

Trustee
Radha Chakraborty is a Director at Development Media International (DMI), an NGO focusing on maternal and child health in Sub Saharan Africa. She is also on the Board of BookTrust, the UK’s largest children’s reading charity. After a mathematics degree at Imperial College Radha qualified as a Chartered Accountant and Chartered Tax Advisor at PwC and worked at Shell before becoming a partner at Towers Perrin (now Willis Towers Watson), where she led one of their GB lines of business. She was Operations Director at Comic Relief and is the writer and producer of a number of award winning feature films and commercials. Radha is married with one child. In her spare time she enjoys reading, yoga and scriptwriting.
We use cookies on our website to give you the most relevant experience by remembering your preferences and repeat visits. By clicking “Accept”, you consent to the use of ALL the cookies. However you may visit Cookie Settings to provide a controlled consent.
Cookie settingsACCEPT
Privacy & Cookies Policy

Any cookies that may not be particularly necessary for the website to function and is used specifically to collect user personal data via analytics, ads, other embedded contents are termed as non-necessary cookies. It is mandatory to procure user consent prior to running these cookies on your website.

Undefined cookies are those that are being analyzed and have not been classified into a category as yet.

Advertisement cookies are used to provide visitors with relevant ads and marketing campaigns. These cookies track visitors across websites and collect information to provide customized ads.

Performance cookies are used to understand and analyze the key performance indexes of the website which helps in delivering a better user experience for the visitors.

Analytical cookies are used to understand how visitors interact with the website. These cookies help provide information on metrics the number of visitors, bounce rate, traffic source, etc.