Kevin has been missing since the 23rd of January 1996. Inspired by our annual Together2Remember event, Kevin’s family shared their story [written in 2019] 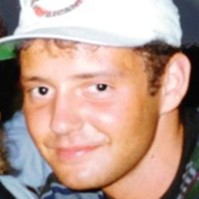 It was Kevin’s 24th  birthday on 22 January 1996.  Things were fine and he seemed to have a pleasant day.  The next morning he had an appointment in town and all was well when Anne and I both left for work.  When we returned home that evening Kevin wasn’t there. Thinking he was just out, we waited for him to come home. Later that evening we checked his room all his birthday presents were still there and his clothes folded on his chair. The only things missing were his hat, backpack and the clothes he was wearing.

Since that day we haven’t heard anything of his whereabouts. We contacted the then National Missing Persons Helpline and they helped with many campaigns on TV, radio, newspapers and even milk carton advertising.  It has now been 23 years since he left us and Missing People has continued to support our family.  As parents of a missing person we have received tremendous support from them.

In the past we have raised funds through selling badges, special missing roses and many others but now since retirement donate to support the Family Tree. We know first-hand how extremely helpful all donations are to the families and all those missing people.

I’m not sure we will ever understand his reasoning behind his disappearance, or why he has not been in contact either with us or Missing People for so many years. Only Kevin knows.

Kevin has a brother and two sisters. Since 1996, he has missed three family weddings and has never met his four nephews and four nieces.

Whenever there is a new addition to the family I think of Kevin and everything he’s unaware of. As our close family grows, we wonder whether Kevin has a family of his own. Will we ever see them? Will he ever be aware of his extended family? Thinking about this is heart-breaking for all of us.

Recently there have been two new additions to our family. Kevin’s sister Lisa gave birth to Ethan on 18 August. The next day, his sister in Law, Katie, had baby Clara. Kevin doesn’t know about the joy we felt those days, and thinking about that makes us sad at such a wonderful time.

Memories of Kevin with his brother and sisters in the early years, makes it even harder for us to understand why he left us. I’m not sure we will ever understand his reasoning behind his disappearance, or why he has not been in contact either with us or Missing People for so many years. Only Kevin knows.

As the family grows and while we delight in welcoming the new arrivals, our thoughts will still be with Kevin. These are the feelings we have every time there is a family event. You just can’t help the emotional feelings you get when one of your children, now an adult, goes missing.  We think about why he left and whether we did anything wrong. Was he unhappy? What tipped him over the edge to leave? Unless we eventually get to see him again, I don’t think we’ll ever know. All of these emotions are with you always. 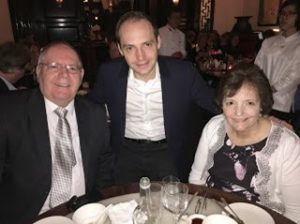 This website uses cookies to improve your experience while you navigate through the website. Out of these cookies, the cookies that are categorized as necessary are stored on your browser as they are essential for the working of basic functionalities of the website. We also use third-party cookies that help us analyze and understand how you use this website. These cookies will be stored in your browser only with your consent. You also have the option to opt-out of these cookies. But opting out of some of these cookies may have an effect on your browsing experience.
Necessary Always Enabled
Necessary cookies are absolutely essential for the website to function properly. This category only includes cookies that ensures basic functionalities and security features of the website. These cookies do not store any personal information.
Non Necessary
Any cookies that may not be particularly necessary for the website to function and is used specifically to collect user personal data via analytics, ads, other embedded contents are termed as non-necessary cookies. It is mandatory to procure user consent prior to running these cookies on your website.
Uncategorized
Undefined cookies are those that are being analyzed and have not been classified into a category as yet.
Advertisement
Advertisement cookies are used to provide visitors with relevant ads and marketing campaigns. These cookies track visitors across websites and collect information to provide customized ads.
Performance
Performance cookies are used to understand and analyze the key performance indexes of the website which helps in delivering a better user experience for the visitors.
Analytics
Analytical cookies are used to understand how visitors interact with the website. These cookies help provide information on metrics the number of visitors, bounce rate, traffic source, etc.
Preferences
Preference cookies are used to store user preferences to provide content that is customized and convenient for the users, like the language of the website or the location of the visitor.
Save & Accept